Welcome to the Kingston Conservation Areas page. Below contains trail maps, property information, and PDFs. PDFs can be downloaded and used for external apps such as Avenza Maps. The Conservation Department is currently updating trail maps, so if you do not see the property of interest on this page, please follow the link below. Thank you for your patience, and happy trails! 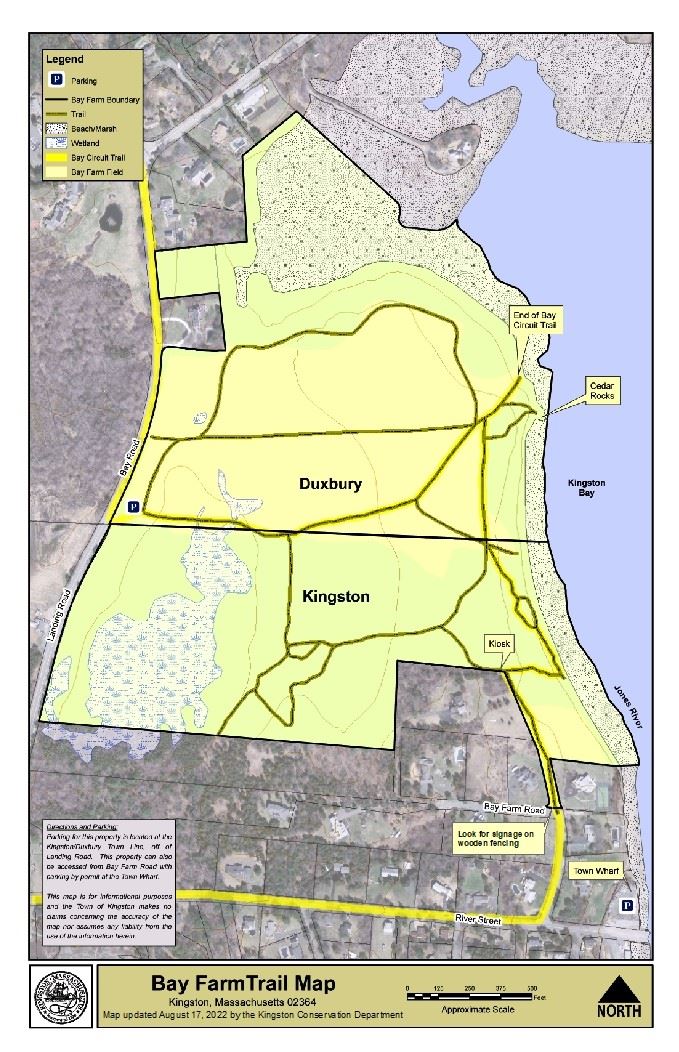 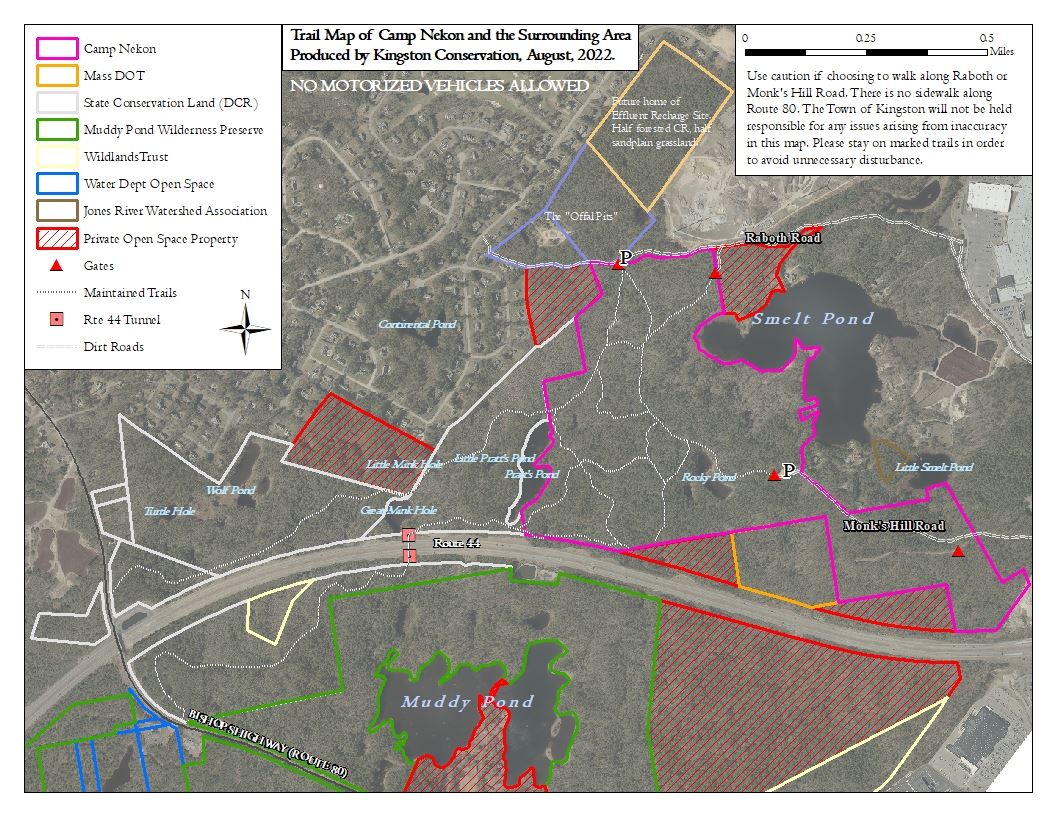 • The Kingston portion of Bay Farm was purchased in 1987 with assistance from state Self-Help funds and the Trust for Public Land.

• In 1987, the MA Department of Environmental Management (DEM) now Massachusetts Department of Conservation and Recreation (DCR) purchased the remaining 7.75-acre strip of woodland within Kingston and along the Duxbury/Kingston line.

• The property is managed jointly through a Memorandum of Understanding amongst the three property owners (Duxbury, DCR & Kingston)

• The property marks the southern terminus of the Bay Circuit Trail which begins on the North Shore on Plum Island.

• Wildlife includes plentiful birds like the bobolink and raptors in the field as well as coastal waterbirds in the bay, fox, coyote, white-tailed deer, and fireflies, among many others.

• The large outcropping of rocks on the bay is known as Cedar Rocks.

• Much later in the early 1900’s the farm became a dairy farm run by Atherton Loring as the Bay Farm Company. The farm had cows, horses, hogs, and chickens.

• In late 1940’s, the White Brothers purchased the farm while the barn, stables and several outbuildings were purchased by the Duxbury Playhouse and converted into a theater with a revolving stage where plays were produced until 1950.

Directions and Parking: Access from Plymouth side and Old Monk's Hill Road to parking area, and by foot and bicycle from Kingston State Forest or from the unpaved Raboth Road.